The first thing I do with writers I work with who have a new story idea they want to explore is to have them do a preliminary analysis of the idea to see if it at least has the potential to contain the basic dramatic ingredients any good script possesses. 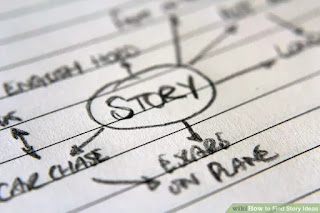 This involves a simple process of breaking down the idea into the various essential components, all of which will "test" the viability of the idea.  I explain this in detail in my book The Playwright's Process, presenting what I call the Story Idea Worksheet and how to use it.  It's a simple tool that allows you to begin taking a serious look at your new idea, to discover if it is something that deserves further development.

The worksheet asks that you tackle your idea by first landing on a working title, briefly describing the story's central character, and then stating simply both the dominant conscious or external want of the character and his/her dominant conscious or unconscious internal need.  This sets up the major dilemma or issue inherent in the idea.  The worksheet then asks you to list other possible characters who could possibly populate your story--characters who champion or could come against the want and need of your central character thereby setting up conflict.  Next it asks you to suggest a setting and possible special occasion that might surround the unfolding of your story--choices that might further raise the stakes for your central character and his/her dilemma.

The worksheet goes on by asking you to state in very simple terms how the major conflict/dilemma manifests itself in action and how that dilemma is ultimately resolved.  And finally it asks you to state how the central character is changed by the end of the story--a critical part of any test of an idea--and what you think the dramatic premise might be--what you're leaving with your audience at the final fade out.

This exercise has proven to be invaluable for the writers I work with.  It allows for lots of flexibility and trying things on for size.  Some writers end up doing several versions of the worksheet before committing to developing an idea further, finally settling on the one that feels strongest.

The whole point is that you have to start somewhere and analyzing a new idea in terms of seeing just how potent it might be is a good and logical starting point.  Because a story idea's potency is always dependent on how solidly it contains the essential dramatic ingredients--a good thing to discover very early in the development process and not half way through the writing of your first draft.

I'm the Program Director of the low-residency MFA in Writing for Stage and Screen being offered by the New Hampshire Institute of Art.  Our last residency just ended, running from January 6-15, and we are currently accepting applications for starting the program with our June 2017 residency running from June 22-July 2.  I'm also a playwright and screenwriter, producing partner in my production company Either/Or Films (The Sensation of Sight and Only Daughter) a professional script consultant, and the author of The Playwright's Process.


Posted by Buzz McLaughlin at 3:23 PM