Using the "pause" and "silence" in scriptwriting...

Probably the most important nonverbal element in scriptwriting, especially playwriting, is the pause, or silence in the middle of a line or between lines of dialogue.  Often the most potent moment in a scene is during the silence that ensues after a poignant line, that moment when a profound decision or realization is made.  The audience witnesses this happening during the silence.

These moments are very much part of the writing.  You are creating a script that includes both verbal and nonverbal elements, and it's how the two interplay with each other that determines the shape and rhythm of each scene.  All nonverbal physical actions influence how your characters relate to each other and what they say and think.  And this is especially true for silences.

Read more »
Posted by Buzz McLaughlin at 1:40 PM No comments:

Email ThisBlogThis!Share to TwitterShare to FacebookShare to Pinterest
Labels: low-residency MFA in writing for stage and screen, MFA in playwriting, MFA in screenwriting, pace in film, script consulting, subtext, the writing process, use of the "pause", writing dialogue

There are numerous channels open for writers regarding getting your hands on actual screenplays of produced films at no cost--something every writer should be checking out on a regular basis.  One of the most helpful sources for this can be found at the New Hampshire Institute of Art library where you can find a list of links to the best places you can download scripts for free.  It's a great resource to have at your fingertips without having to plow through pages of Google entries.

And when it comes to a good and accurate list of screenplay competitions, you can quickly get buried in various lists and advice when you start to Google the topic.  There are hundreds of contests for features, shorts, tv pilots, you name it.

Read more »
Posted by Buzz McLaughlin at 2:09 PM No comments:

My wife recently shared with me a wonderful piece from Anne Lamott's book Bird by Bird: Some Instructions on Writing and Life.  It illustrates the degree to which any good piece of fiction writing, whether novel, play, screenplay, or teleplay, needs to have a structural framework if it's going to lift off and soar. 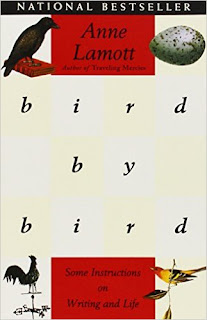 Another script writing secret: keeping it to yourself...

It's about that time in the current term of our MFA program when students are pushing through their first drafts.  I'm currently mentoring two student writers and I ask them to send me pages as they begin to accumulate just to keep them on schedule or at least close to their own predetermined timeline.  However, I find myself also having to point out an often overlooked truth when it comes to a writer sharing his or her work others and when it's best to do so--a point I've made before in this blog, but is worth repeating.

Read more »
Posted by Buzz McLaughlin at 4:37 PM No comments: