A crucial test for your new story idea...

There a number of ways of initially evaluating the potential of a new story idea that's come into your head.  My last post dealt with determining who your story is about and the initial questions to ask about that central character.  Another early "test" is to simply ask to what degree that central character comes out a changed person by the end of the tale.

I know this sounds obvious and so basic that it doesn't even warrant mention, but so often writers ignore asking this up front and therefore miss giving that new potential idea an initial structural shape that can be built on in imaginative ways.  It's often the trigger that opens the storytelling floodgates, allowing for the creative development of a new idea.

Every story involves a journey by the central character from one place to another and the most powerful stories always have that character go through some sort of sea change.  In other words, he or she is a significantly changed person when they arrive at the story's destination. 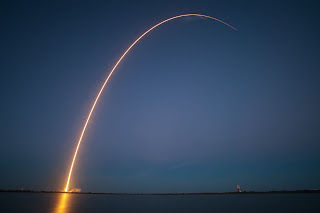 Think of an arc, a trajectory that the character is moving through, starting with the early set up of the main dilemma, then the intensifying struggle to deal with that dilemma, and finally landing at a place of resolution.  And it's having an early handle on how the character is a changed person when reaching the tale's destination that allows for it to initially take root and grow in your mind.

Of course this landing place can change and often does as you develop an idea further.  However, this early focus on how the character is significantly changed (or might be changed) by the end of your story is one of your strongest launching tools as you enter the story development process.

Posted by Buzz McLaughlin at 11:27 AM No comments: