Script writing from the heart...

The other day a script client of mine told me that he thought he was "spinning his wheels" with the kind of story he was working on and that he needed to start paying more attention to what the market is looking for.

This is what I wrote back to him:

"There's always a danger lurking when you start thinking about what the marketplace wants.  The best scripts (and the ones that make their way to the screen or stage) fall into that likability orbit by sheer accident because the writers are writing from their heart and not trying to manipulate their stories to fit what they think the public and the marketplace will be attracted to.  Those that try to write to the market are often left out in the cold because by the time their script is up and out there in the world, all sensibilities have shifted and the "public" is getting turned on by something different--not to mention that the writer's heart connection with the story is at best frayed from the start.  And so the writer is left with a script that's quickly passed over because it was "manufactured" to fit what he or she thought the world would want to devour.

This game of script writing is all a mystery--including what will turn people on and the luck of the draw that you as the writer just happen to have the right connections to allow your baby to slip into the hands of the perfect person who will champion the story and take it the distance.  I say mystery because in my many years in this business and in talking and working with many, many people in the biz, it has become clear that there's no formula for success except genuine talent, a sense of a good story that rings true to the writer's heart, and more than a little luck that the right opportunities just happen along at the right time and your script ends up in the right hands.

So don't ever shy away from that personal story your heart is urging you to write.  Don't be swayed by what you think the "market" will get excited about.  It's your heart connection with your material that makes it interesting and enduring.  And it's those kinds of stories that tend to attract positive attention and that eventually make it to production."

I'm the Program Director of the low-residency MFA in Writing for Stage and Screen being offered by the New Hampshire Institute of Art.  Our next residency runs January 3-11, 2015 and we are currently accepting applications.  I'm also a playwright and screenwriter, producing partner in my production company Either/Or Films (The Sensation of Sight and Only Daughter), and a professional script consultant.
Posted by Buzz McLaughlin at 11:19 AM No comments:

This has been a great summer for the family of writers who make up our low-residency MFA in Writing for Stage and Screen program.  We had a highly productive residency in June with all eleven student writers and our small army of professional faculty.  And all of our students are now working on new projects with their mentors.

And to top it off, one of our current second-year students, Vicki Peterson, has just won the Best Screenplay award at the California Independent Film Festival with her feature Zoe and the Zebra that she wrote in our program during her first year.  Needless to say, Vicki, pictured below with her daughter, is making us all proud. 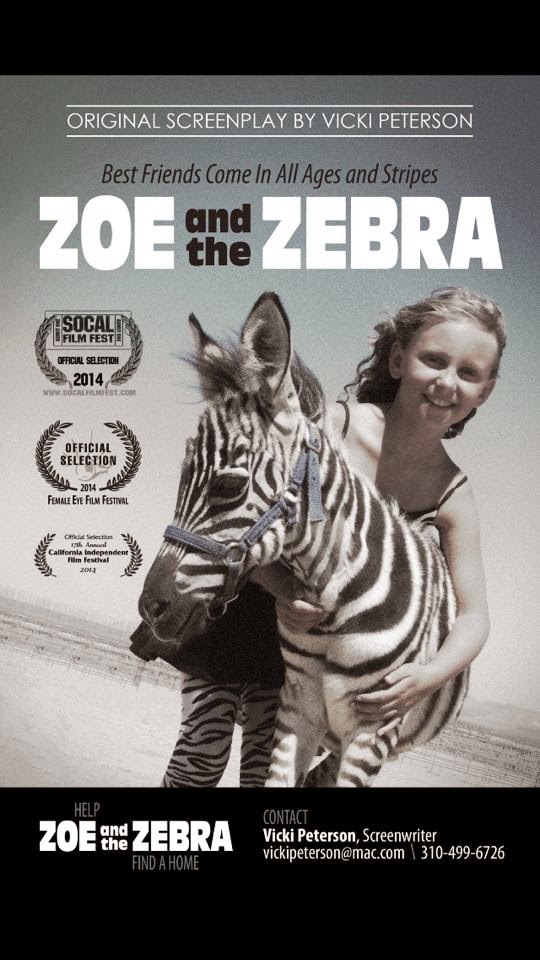 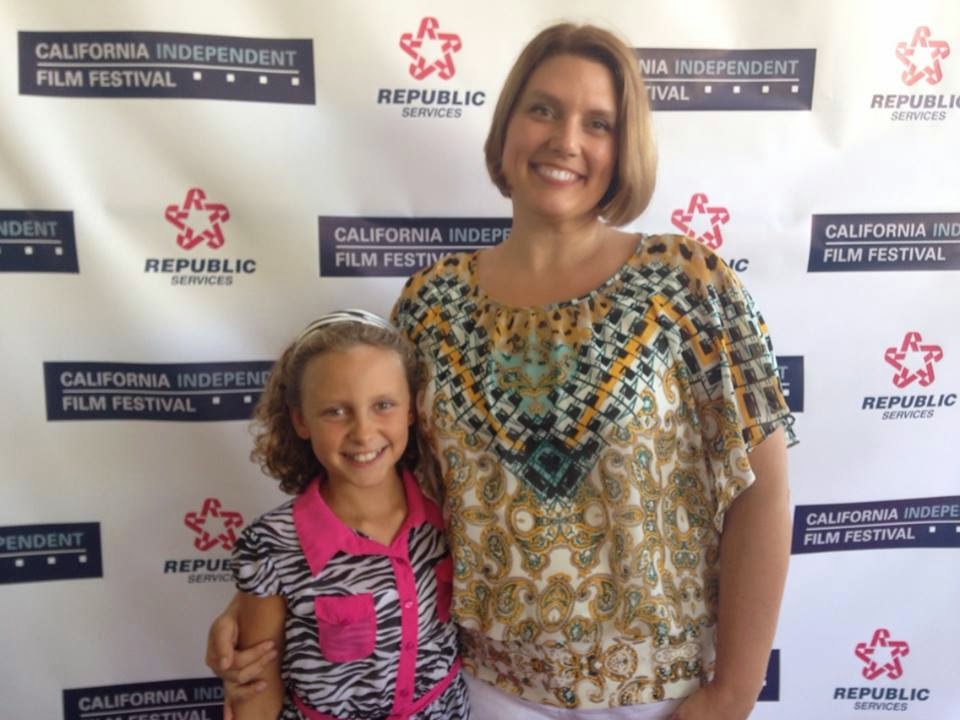 I take a special pleasure in this achievement because Vicki, along with all our other MFA students, are a part of a program that stresses story structure and form as well as extensive pre-writing exploratory work on backstory and the characters' emotional makeup.  I have no doubt that her screenplay quickly rose to the top of the stack of contenders for this award because of the strong forward movement of her unfolding story and the richness and depth of her characters.  Not to mention that we gave her screenplay its first read at a recent residency with professional actors--something that allows students to actually hear their scripts given voice for the first time.

Actually, the CAIFF award is the third festival where Vicki's script has received recognition.  Earlier this year Zoe and the Zebra was featured in a reading at the Female Eye Film Festival in Toronto and is also a finalist and official selection at the upcoming  Southern California Film Festival.

So congrats to you, Vicki.  Can't wait to see you at our next residency in January so we can celebrate these successes!

I'm the Program Director of the low-residency MFA in Writing for Stage and Screen being offered by the New Hampshire Institute of Art.  Our next residency runs January 3-10, 2015 and we are currently accepting applications.  I'm also a playwright and screenwriter, producing partner in my production company Either/Or Films (The Sensation of Sight and Only Daughter), and a professional script consultant.
Posted by Buzz McLaughlin at 12:50 PM No comments: