Why most scripts are toss-aways

It may sound harsh, but most new scripts that are out there making the rounds will end up before long in the proverbial circular file.  As much as 90 percent or more is my estimate. 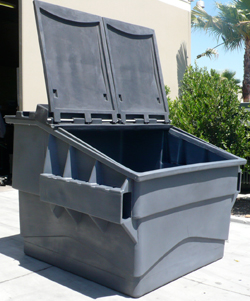 The reason?  Because most writers are are in much too big of a hurry to get into draft and let their accumulating pages dictate where their story goes.  And doing so makes them feel like they're making lovely progress when in fact in most cases they are blindly heading into the weeds.

What so often happens is that 30, 50, or 70 pages in it begins to be clear that something isn't right--the story needs another character to bolster a major element in the story, or a character who has taken up a lot of space in the story no longer has a structural reason for being in such a prominent position, or a new major exciting plot element suddenly surfaces that hasn't been even whispered about in the preceding pages.... It's inevitable that new discoveries like this will always be made as more and more pages materialize.

The problem--and I have run into this countless times as a script consultant and teacher--is that when gut instincts tell writers that major adjustments should be made usually involving reworking significant portions of a script-in-the making, they have so fallen in love with all those pages already in the stack that it becomes almost impossible to consider throwing them out.  They remember vividly the pain and struggle it took to produce them and in their judgement it's all very well written. So there's an attempt to "fix" around and in between those already written precious pages, with the rationalization that these patch ups are doing the trick.

Sadly, these fixes rarely work because what's really required is a major rewrite and finding the guts to throw out sometimes large portions of what's been already written and sometimes starting over from page one.  So the "finished" draft ends up a crippled patchwork of what could have been.  Those "darlings" are all still intact, but the story unfolds in fits and starts at best.

So what do I suggest?  Don't start your draft until you're ready.  Not until after you've done extensive character exploratory backstory work and worked out a detailed plot outline that has steady forward momentum and that has your central character landing where you want that character to land.  Many past posts on this blog deal with various aspects of this pre-draft work and a good portion of my book deals with this as well.

The message here is not to rush into draft before you're ready.  And always remember that you already are writing your script as you work through your pre-draft explorations.

I'm also a playwright and screenwriter, producing partner in my production company Either/Or Films (The Sensation of Sight and Only Daughter) a professional script consultant, and the author of The Playwright's Process.  You can follow me on Twitter @eitherorfilms or @mfastagescreen.  I’m also on Facebook at buzzmclaughlinscriptconsulting.
Posted by Buzz McLaughlin at 11:20 AM No comments: