On testing your new story idea...

So here it is, the end of July.  Summer is hitting its peak and if you're like me, you're kicking back a bit on the writing routine--not walking away from it, but taking some time in the hammock to ponder potential new story ideas that you might tackle in earnest after Labor Day.

And the first question that has to be asked as you take a look at that germ of an idea that has floated into your head is who is this story about?  Who is the central character taking the primary journey and how is this character changed in the process?  What's the arc?  And what's driving it forward? 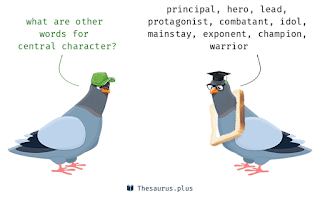 Identifying whose story you want to tell is absolutely critical as your first step in constructing your tale.  And once you've landed on this character, then you can begin to ponder two things about what's motoring that character forward through your story.  You can try several approaches to this, but essentially you need to ask:  What is the primary external want of this character and what is his or her deep-seated and usually hidden internal need?

The external want is the surface driving force that pushes your central character forward.  It's what gives your story momentum as the character runs into roadblocks and obstacles represented by other characters who are preventing the fulfillment of that want.   In almost all cases your central character is hell bent on achieving this want.  And what ignites the story and keeps it running at a solid clip is the series of increasingly potent dilemmas that not achieving that want present and that have to be dealt with.

The internal need is what the central character really has to come to terms with in his or her life.  In almost all stories, it's under the surface and hidden from the consciousness of the character.  However, it's the one thing that the character really needs to have happen in order to come to terms with him or herself and to find a lasting solution to the angst they are constantly living with.  It's the real destination of your story and from which rises your dramatic premise--what you're ultimately leaving in the hearts and minds of your audience.

These are the first things you need to ponder about that new idea that's bouncing around in your head. Try different characters on for size.  Play around with various approaches to want and need.  Just be aware that, in my opinion, this is where to begin your journey towards constructing a solid script with the critical underpinnings that will support your story from beginning to end.

Posted by Buzz McLaughlin at 11:47 AM