Another tip on tackling that first draft...

Recently I've been sharing a number of posts on various aspects to keep in mind as you write your first draft. Hopefully you're finding them useful.  Here's another tip to keep in mind...

In my experience as a writer and a script consultant working with hundreds of fellow writers, probably the one practice followed by most is that once you feel you're finally ready to plunge into your first draft armed with your pre-draft exploratory work and plot outline, it's important to just push through the whole thing as fast as you can without stopping to fix or make major adjustments along the way. 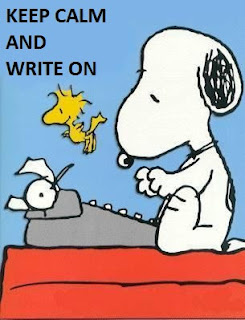 Just keep going till the final fade out and then take a deep breath and congratulate yourself for finding a way through to the end.  What you have when you arrive at your destination may very well need serious revision, but at least now you'll hopefully have something relatively whole to work with.

Over the years, here's what some top-tier writers have shared with me about this:

Michael Weller:  Half of getting through a first draft is just being too stupid to know how bad it is and to just keep going and going and push through to the end.  Then you go back and say, "Okay, how can I persuade myself that this thing really happened?"

Romulus Linney:  You try to go right through.  You want to write that first draft a fast as you can.  Faulkner called it the tightrope.  On a tightrope you don't want to look down and question yourself, "Is this really a good idea?"  You just walk across.

Marsha Norman:  It's a mistake to go back and revise too much until you see what you have.

Lanford Wilson:  I'm just trying to stack up work--in other words, to keep going...When I get finished...and have it there, that's when I say: "What in the hell is this now ?"...The first draft is a creative process, and I'm the artist or the writer at that point.  When I finish, I become an editor--that's a little schizophrenic--and the editor doesn't have nearly the fun the writer has.

I could go on, but the point is clear.  Not all writers work this way, but the vast majority of the most successful ones do.

Posted by Buzz McLaughlin at 10:16 AM