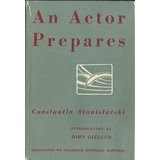 
"Perhaps you do fg not even yeat realize that student writerkeep going back to Sta
Posted by Buzz McLaughlin at 2:48 PM