Last month (June 20-29) I ran the residency for our MFA in Writing for Stage and Screen program offered by the New Hampshire Institute of Art.  Held at a 700-acre conference center in the foothills of the famous Mt. Monadnock, it was a jammed-packed ten days of table readings, classes, screenings, endless discussion, and give and take among our nine student writers and our faculty of five established playwrights and screenwriters as well as with the eighteen professional actors who joined us and were cast in multiple roles for our readings of student scripts.

Everyone involved in the Writing for Stage and Screen program was also mingling on a daily basis with students and faculty in the other MFA programs in Visual Arts, Photography, and Creative Writing running simultaneously with ours.  All involved experienced a stimulating and exhilarating time full of discovery and breakthroughs and the residency's success made clear that our MFA program is indeed working full throttle. 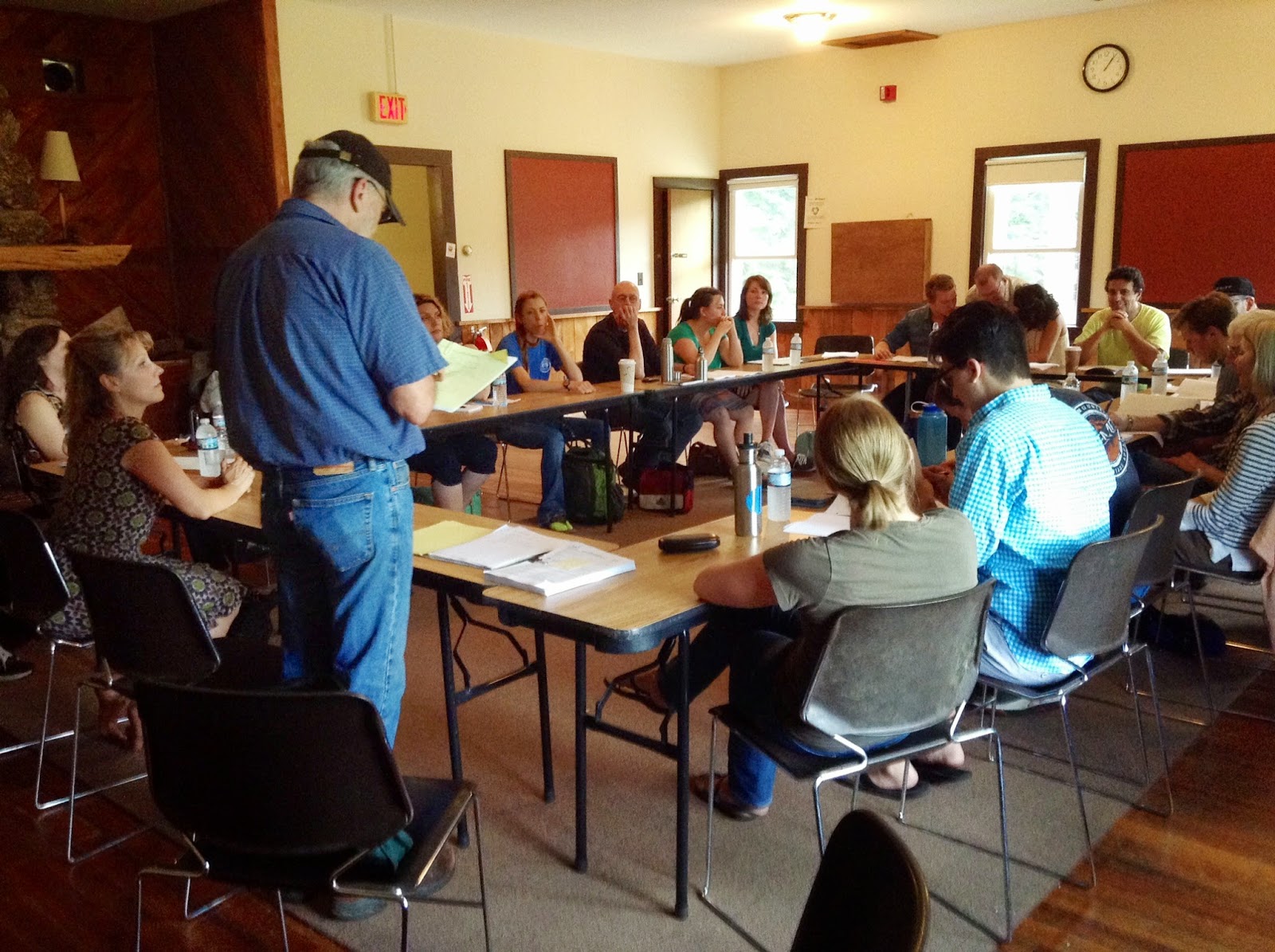 The highlight of our program's ten days together were the readings of our student scripts--a play, the book to a musical, two screenplays, and a TV pilot.  The caliber of talent evidenced by the work itself and the actors who were brought in to give it first voice was exceptional.

As the days went on, we experienced over and over again that special excitement when new material suddenly lifted off the page and became alive in the room.  One of the most important elements of script development is that first read with talented actors cast appropriately for the roles.  And I'm happy to say that our student writers were well served indeed in this regard and I was especially gratified to be a part of and witness to this initial lifting off the page that took place for these well-crafted stories.  I definitely see a bright future for every one of these scripts and it was clear everyone around the table could sense the same.

To my way of thinking, the point of any MFA program in script writing is ultimately to help student writers create beautifully crafted stories for the stage or screen.  Period.  Simple enough.
But how to do that in the best possible way?  That was the challenge I put before myself as I agreed to put together a new professional degree program in my field--for students to learn what works and what doesn't both in terms of their creative process and the resultant finished works that process produces.

And a critical part of that process is for writers to hear and experience their words brought to life by the other wonderful collaborative artists who inhabit our creative world of theatre and film.  Because in the final analysis, the script is only a means to an end, and the sooner that the playwright and screenwriter understands this the better.  In other words, we craft our scripts to get produced and to be "born" into a whole new life of their own.  Anything less and they remain silent and a promise unfulfilled, merely taking up space on an office shelf.

I'm the Program Director of the low-residency MFA in Writing for Stage and Screen being offered by the New Hampshire Institute of Art.  Our next residency runs January 3-11 in Peterborough, NH.  I'm also a playwright and screenwriter, producing partner in my production company Either/Or Films (The Sensation of Sight and Only Daughter), and a professional script consultant.

Posted by Buzz McLaughlin at 12:38 PM