More on fighting the negative voice...

Last week I shared some thoughts about how important it is to keep your cool when that first draft just doesn't seem to measure up.  How you have to realize that it's all process and peeling off the layers.

I thought it'd be useful to reinforce that thinking by sharing what some of our most successful writers have to say about encountering that negative voice.

Playwright Terrence McNally told me he has days when he asks himself: "Why can't I just get a job at a bank and be an honest worker?"  He related to me that one day while working on his first draft of a script he thought:  "I wanted to kill myself, burn the play, quite the Dramatists Guild, resign from being their vice president, quit teaching at Juilliard.  How can I teach playwriting?  I don't know what I'm doing." 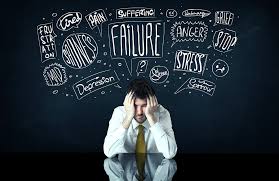 Two-thirds of the way through writing her Pulitzer Prize-winning play 'night Mother, Marsha Norman told me she heard an inner voice saying:  "I don't know what this is.  I'm in real trouble here.  I mean, nobody's going to want to do this, right?  It's going to be real embarrassing."

Emily Mann captured it nicely when she said:  "There are crazy days when you lose all belief."

Almost every successful writer that I asked about this in my extensive interview series I did at the Dramatists Guild several years ago and many writers since have related to me their own stories of temporary despair.

So when you hear such a voice yourself, it's imperative that you find some way to tune it out and push on--especially when you're writing your first draft.  You're in the most vulnerable phase of the work, when it's easy to get seduced into giving up.  First drafts are tough largely because they don't have that polished and professional authority you sense when reading successful produced and published scripts.  Your initial pages just aren't measuring up.  What's important is to keep reminding yourself that every one of these successful scripts were brought into existence in the same way your script is.  Any given play or screenplay on your bookshelf may be a fifth, or tenth, or twentieth reworking of a tentative first draft.  And it's possible that very little, if any, of the very first draft may still be contained in that script you admire the most.

I'm the Program Director of the low-residency MFA in Writing for Stage and Screen being offered by the New Hampshire Institute of Art.  Our last residency ran July 21-31, 2016 and we are still considering applications for starting the program with our January 2017 residency that runs January 6-15 or for starting with our June residency running from June 22-July 2.  I'm also a playwright and screenwriter, producing partner in my production company Either/Or Films (The Sensation of Sight and Only Daughter) a professional script consultant, and the author of The Playwright's Process
Posted by Buzz McLaughlin at 2:04 PM